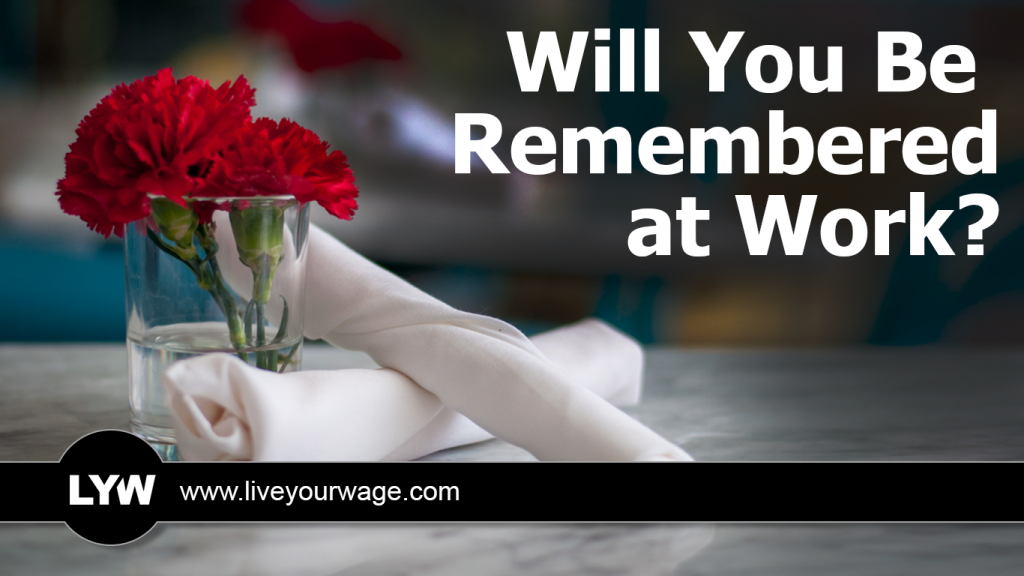 “I’m sorry. I’m not willing to put in that kind of time,” I said to my new boss with an air of confidence I didn’t even realize I possessed.

He just looked at me trying to process it. I got the impression he hadn’t heard the word “no” from members of his team often, if at all.

“I really need you and your team to step up, Aaron. This is a big opportunity for us and for the company. We’re all putting in crazy hours,” he replied.

I wouldn’t budge and our meeting ended in a stalemate.

What neither of us knew then was that in 18 months this project would no longer matter to my new boss.

He would be dead.

Let’s Take a Step Back

About a month before our stalemate conversation, our company went through some restructuring, and I got moved to a different team in an entirely different part of the company.

My first several days working for my new boss were pleasant. He was polite and very well respected as a director within the company.

He was probably in his late 40’s, and had worked there for nearly 20 years. The new team that I had joined loved him. He was sensible and pragmatic in a way that was all too rare for corporate managers.

But what he didn’t know was that I had spent the last 4 months working 60 to 70-hour weeks scrambling on multiple projects and I was BURNT OUT.

When I arrived on my new team all I wanted was a chance to catch my breath and bring my work life back into the sustainable range for a living human.

Unfortunately, chaos had a way of hunting me down.

What neither of us knew then was that in 18 months this project would no longer matter to my new boss. He would be dead. Click To Tweet

Direct from the CEO

Just as I arrived on my new team, a new company-wide initiative was being dictated directly from the CEO, and you guessed it – my new team was going to be the first team tasked with developing this magical new product.

I couldn’t believe it.

Instantly my team, other ancillary teams, executive directors, vice presidents, marketing liaisons, lawyers, as well as 3rd party consulting firms from all over the country were scrambling to produce war rooms and book conference spaces and triple and quadruple booking meetings on all our calendars.

The corporate chaos was in full effect – and I was mentally and emotionally done with it.

The role my team played was certainly critical, but I just couldn’t bring myself, or my team, to jump right back into the chaotic fire.

I had been around the block enough to know that very little good comes from this type of chaotic scrambling without a clear vision of who’s in charge and what it is we’re being asked to produce.

I explained to my new boss the nightmare working situation I just came out of before joining his team, and that I simply wasn’t going to jump back into the fire.

He was sympathetic, but he was also getting tremendous pressure from his leadership to make this new thing happen.

I finally agreed that my team and I would work 50 hour weeks, and it would take as long as it was going to take.

I didn’t commit to any of the insane deadlines we were being asked.

I suppose he could have fired me, or moved me, or taken any number of disciplinary actions, but probably sensing my desperation, and I hope some of the practicality of my plan, my new boss agreed to the deal.

There's a blurry line that separates defining our lives by our work, and recognizing that work is simply one place where we provide value in the world.Click To Tweet

Just over a month later New Boss called a team meeting first thing in the morning.

Not one to beat around the bush, he informed us that he had been diagnosed with pancreatic cancer and he would be taking a leave of absence. 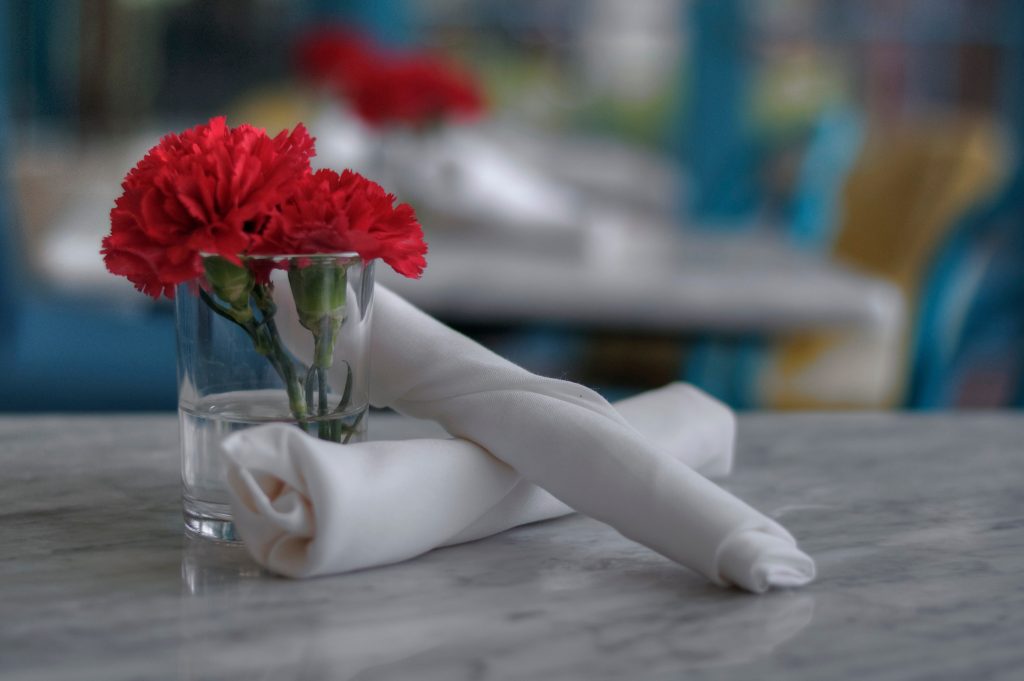 When you are gone.

We were all in shock. He was far too young in our eyes for such a diagnosis.

Meanwhile, at work, the CEO initiative was still burning hot.

Other directors were brought in from around the company to fill in and keep the critical project moving forward. Without a deep relationship with the team, it was difficult for any of them to build the same rapport and crack the whip in any way that was truly effective.

But after a few months, New Boss was back at work and we all cheered as he wheeled his power scooter through the isles of cubicles.

He had lost some weight and fatigued easily, requiring the scooter to get around the sprawling campus, but the smile on his face – and ours – was genuine.

He resumed his role, but he didn’t have the same fervor for making us all work insane hours to meet the demands of this huge initiative.

He asked for status updates and projections, but didn’t push back on timelines or delays the same way he used to.

Things at work progressed and we resumed some kind of normalcy, which was nice.

But then New Boss had to take another leave of absence.

We were all still cheering for him as he resumed his chemo and radiation treatments. Some of us even went over to his house to rake leaves and clean up the flowerbeds while he was at one of his chemo appointments.

Then one day we were called into a conference room by one of the temporary project managers that was filling in.

The air in the room was so heavy and we all instantly knew.

Our boss had passed away in the night.

The silence walking out of the conference room was eerie for a place where hustle and bustle were the norm. Many of us went back to our desks and quietly chatted up stories about the fun or crazy memories we had of him.

We weren’t expressly told that we could leave early that day, but I think most of us made the choice on our own.

Work Is Not Who We Are

I didn’t know New Boss as long as most of my co-workers. Many of them had worked with him for years.

I had never worked with any co-worker, let alone a boss who had passed away. I’m not sure exactly what my expectation was regarding the work environment.

What I didn’t expect was that within a week a new director was hired to fill his role, and within two weeks all of us were back to hustling and scrambling and getting our jobs done as if our old boss had never existed at all.

It’s so cliché to say that nobody says on their death bed that they wished they spent more time at work, but in this instance, I felt the power of the cliché more than I ever had. Why would I ever overcommit myself, overburden myself, sacrifice time with my wife and children for a job that would mean literally nothing two weeks after I was gone?

It simply made no sense.

And yet for those of us who worship at the treadmill of work, that’s exactly what we’re doing.

Quality work certainly is important. In fact, it’s the only kind of work that truly is.

But there’s a blurry line that separates defining our lives by our work and recognizing that work is simply one place where we provide value in the world.

Too often we’re only capable of recognizing when we’ve crossed that line when something else starts falling apart in our lives – our marriage, our relationship with our kids, our finances, or our health.

Working our way back from the brink takes a tremendous amount of courage and humility, and not everyone has the strength to make that choice.

I believe my old boss did. His perspective on work got a healthy dose of reality as he stared down his own mortality.

He was different when he came back, though I can only imagine he probably had a few regrets, knowing that he likely spent too much time on the wrong side of that blurry line.

In the ultimate of corporate ironies, that super important CEO initiative that precipitated our initial stalemate conversation – that project eventually died too, shelved indefinitely and long forgotten.

Have you ever felt pressured to spend more time and energy than you feel comfortable giving at work? Have you ever had to take a chance and stand up for yourself? How did that go? I’d love to hear your stories in the comments.

It’s Going to Get Better…After It Gets Worse

The Space In Between

Every day we are presented with choices, but not a