Home
/
Financial Thinking
/
The Power of the Budget
October 3, 2017 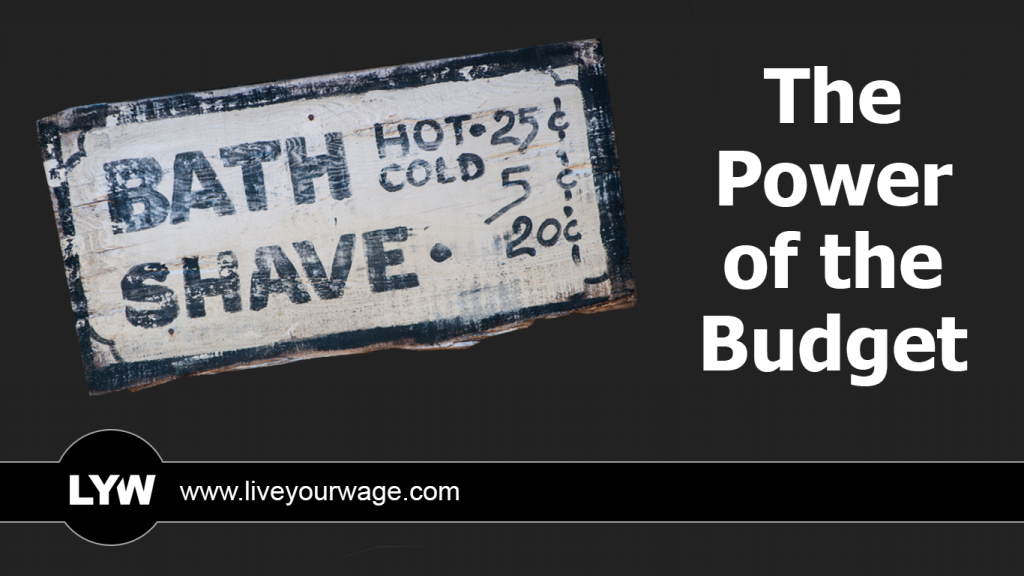 Bitterness. That’s definitely what it was.

More specifically, it was that “entitlement” thing I’ve heard people talk about.

I felt like I deserved it. Unfortunately, our budget disagreed. Budgets can be cold and heartless like that.

I get why so many people hate them.

The Pain of the Budget

In this particular case, our budget was telling me that we couldn’t afford cable TV. That’s right. We were TOO POOR TO AFFORD TV!

What next? No shoes? No frozen yogurt? No markers to draw fake fish on the walls of our cardboard box under a bridge?

NO SCRIBBLED ON FISH?!?

This was getting out of control.

Now, I grew up in a house without cable television. My parents thought it was trashy and, frankly, they didn’t want to pay for it. Or maybe they couldn’t afford it. Most likely a little of both.

But this means in the high school cafeteria I had to listen to my friends talking about shows and movies and (So. Many. Sports!!) they had watched the night before uncomfortably laughing at jokes I never heard and nodding awkwardly about moments I never witnessed.

And I made a deal with myself right there at that crusty lunch table that when I moved out on my own I was getting the biggest, baddest, most expensive Cable TV package ever offered in the history of ever!

(I mean I did move out of my parent’s house. I’m not an animal.)

Saying No a Little Longer

For some reason, I decided to hold off on the mega-awesome-all-you-can-watch Cable TV Package. Perhaps the “not wanting to pay for it” gene had rubbed off on me. Maybe somewhere deep inside I realized how poor I truly was.

No matter the reason, I kept saying no to cable TV a little longer.

But then, when my wife and I got married, I decided I had waited and sacrificed long enough. I was finally getting cable TV!!

Now might be a great time to mention that the moment you get married is not the best time to start obsessing over all the stuff you need to buy for yourself. You gotta do all that stuff waaaay before the wedding. (Just kidding. Not really. No wait…do it. Unless your future spouse is reading this too. Then I’m totally kidding.)

But that wasn’t the real snag. The real barrier was this new thing we were messing with called The Budget.

We actually sat down one night and did our very first budget together.

It really wasn’t that hard. It’s just writing numbers down on paper. Children could do this stuff. Probably better than us.

Our income was about $44k a year. Before taxes. Combined.

But that felt like somewhere between $1.5 million and $2 million dollars. It was more money than we had ever seen before. Those college degrees had paid off big!

And we ran out of money waaaaay before we got to cable TV.

And that is when I felt my first bitter feeling toward The Budget.

This dumb, unthinking, 2-dimensional piece of paper was telling me I couldn’t have something that I wanted. Or, at least, that I shouldn’t have it.

I mean, who was in charge here? Who was doing all the hard work to make those numbers on the paper?

This dumb piece of paper hadn’t done a lick of work since we pulled it out of the drawer.

Now, this lazy, good-for-nothin’ piece of mashed up wood pulp was trying to tell me what I can and cannot have? Not in my house you standard lined yellow perforated tablet!

It occurred to me to take that lazy piece of paper and crumple it up, throw it on the ground and smash it to death with my giant angry foot. I didn’t invite him into my house anyway. He must have snuck in with the wife.

But the problem wasn’t the paper.

It was the numbers on the paper. Those numbers represented this little thing called reality, and me and reality had just met and we weren’t getting along too well.

Raining down blows of destruction on that flimsy piece of arrogant stationery would have no effect on changing reality. (Though it might have felt good.)

Instead, I had to change to meet reality’s cold hard truth.

After a fitful few moments (hours? days? It blurs together), and some work trying to finagle the numbers to fit the lifestyle I wanted to live, I finally had to give in to the truth.

We resolved that we had lived our whole lives without cable television, so what was another few years while we knocked out some debt? (My wife also grew up in what I must assume is the only other family on the planet that didn’t have cable TV either. A match made in heaven, right?)

And that’s how this whole crazy journey began for us.

The Budget Taketh Away, But Also Giveth

Fast forward about a decade and you know what? We still don’t have cable TV, although we could easily afford it now. But you know what else we don’t have?

Also Read: We Paid Off Our Mortgage in 7 Years – Here’s Why

Instead, we now have a full 6 months of living expenses in our savings account, a growing 401k portfolio, two ROTH IRA’s, even more money piling up in a brokerage account.

We also have 4 kids. Not assets, per se, but worth mentioning.

Have we missed not having cable TV for the last decade? It turns out, not really. There are so many more important and exciting things to do in life than sitting on the couch like a zombie every night.

Looking back, I think we made a good decision letting that dumb piece of paper bring a dose of reality into our lives, though I never would have admitted it in the moment.

As you start your journey, if you feel like the budget is holding you back from the things you want right now, that might be true. But what you don’t see are all the incredible things the budget is making possible in your future.

So as you’re tempted to shout and scream and let your piece of paper (or spreadsheet or app or however you do it) turn you back into a self-centered 3-year-old, take a breath.

Learn to embrace what the budget (a.k.a. reality) is taking away from you, and I think you’ll be pleasantly surprised what new things will “magically” show up in your life in the years to come.

Budgeting and tracking your spending aren’t easy. If they were, you and all your friends would be millionaires already, right? But it does get much easier over time. Like riding a bike, it may feel really uncomfortable at first, but you will get the hang of it.

Then riding a bike will just be something you do every month and you won’t even think about it. And all your non-bike-riding friends and family will think you’re a weirdo.

And you’ll just smile politely as you whiz on by.

What experiences have you had with a budget? Any good ones? Maybe some bad ones like me? Let me know in the comments if budgeting has been useful in your life. 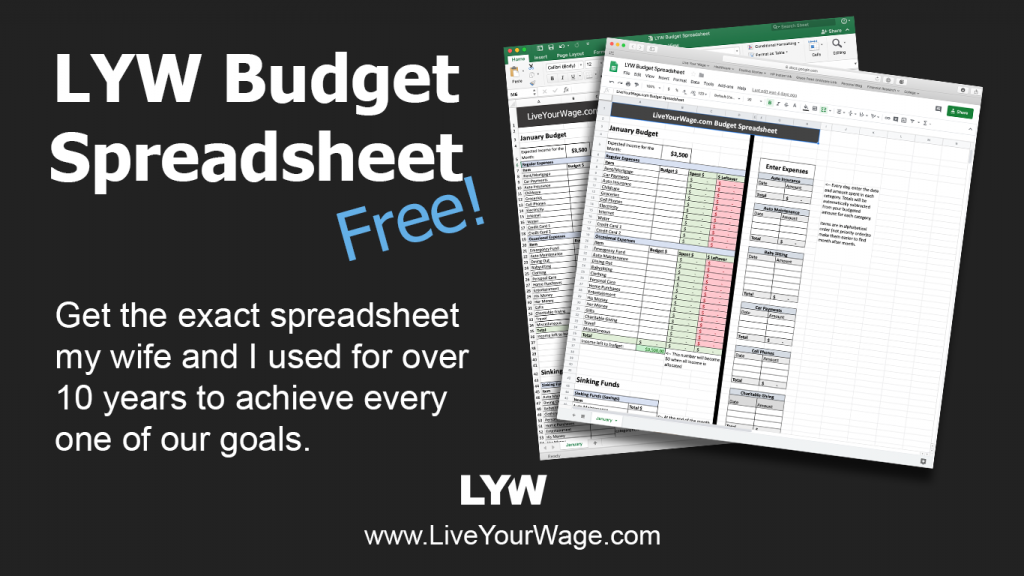 Subscribe today and get my LYW Budget Spreadsheet for free.

The Beginner’s Guide to Investing – Part 3