Home
/
Building Wealth
/
Money Rules I Learned By Accident – Save Some
November 9, 2017 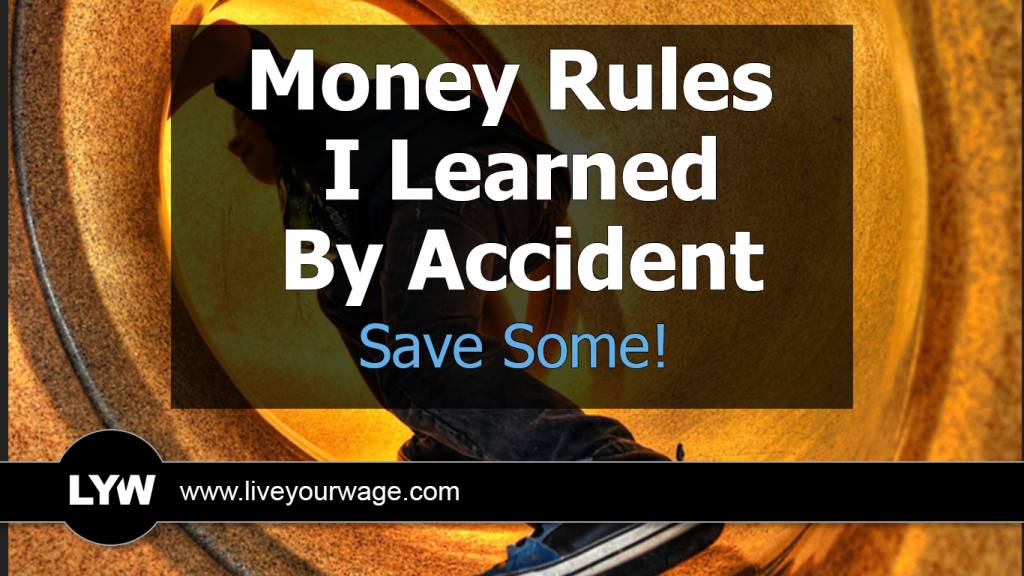 That’s exactly how much I got paid for my first ever job out of college, and boy did I feel rich!

It was 2002 and I wasn’t sure what I was going to do with all that cash but walking around with fat stacks stuffed in every pocket seemed the most logical choice.

Of course I hadn’t thought about deductions like health insurance and taxes and all those things that create this concept of “take-home pay”. (I was not a financial savvy cat in 2002.)

I also wasn’t thinking about retirement, or more specifically this mysterious thing called a 401k. Investing was a concept I could barely pronounce, much less comprehend.

But I got a lucky break.

It was 2002 and I wasn't sure what I was going to do with all that cash but walking around with fat stacks stuffed in every pocket seemed the most logical choice.Click To Tweet

My first day on the job our Vice President – the same one who offered me the cushy salary – sat down in my cubicle and asked me if I had thought about my 401k yet. Clearly, I had not.

He didn’t share any detailed investing strategies or how many people used this 401k thingy to save money for retirement.

What he did mention was that the maximum we were allowed to contribute to our 401k was 16% of our salary.

He continued that since I was about to start making more money than I had ever made in my life, it would be a great idea to start contributing the max to my 401k to get a jump start on retirement savings. He said after I got my first few paychecks if I really needed more money, I could always reduce my contribution at any time, but I might find it to be just fine.

To my surprise, the young naive version of myself back in 2002 thought that made some sense, and that’s exactly what I did. I set my 401k contribution level to 16% having no clue what that even really meant.

(The company match was 3% so, you know, bonus thing I didn’t understand.)

Over the next several months I found that I really didn’t need the extra money. I could live just fine off the slightly thinner fat paycheck I was getting every two weeks.

Of course today I’m very aware that this was just a matter of me avoiding loss aversion. From my very first paycheck, I never saw one dime of the money I was putting in my 401k, so this money was truly hidden from me.

I couldn’t miss what I never had. 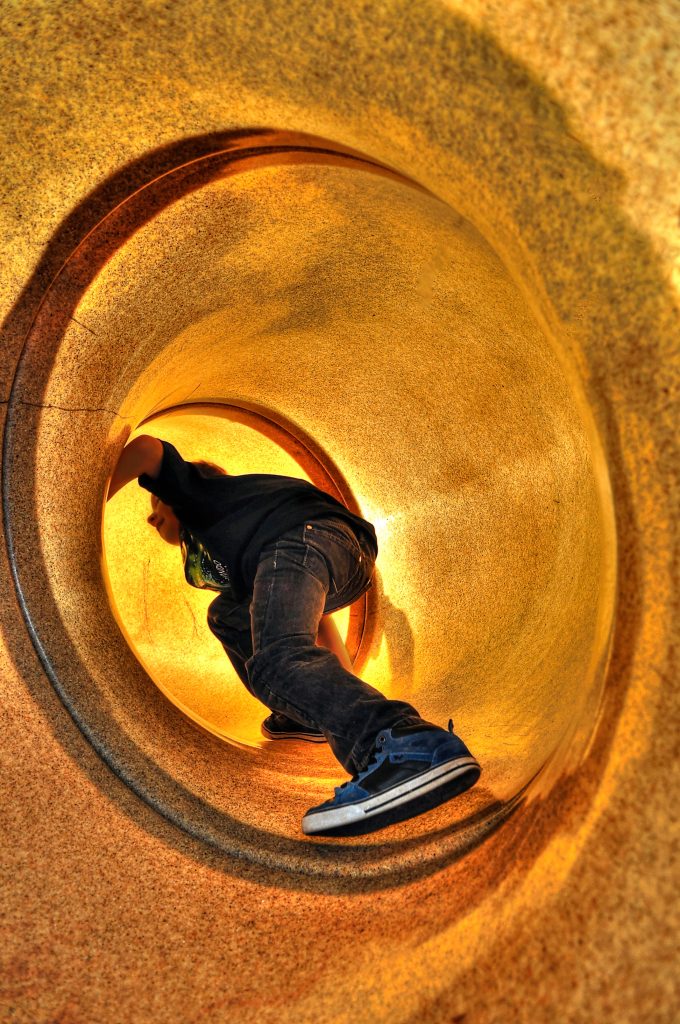 So here I was, just 22 years old, and I had just learned my first rule of money.

Money Rule #1: Saving some is important!

And so I did save some simply because someone explained it to me in a way that I could understand.

For the next several years I continued to contribute the maximum to my 401k without even thinking about it. The simple words of one individual had put my saving on a trajectory that I was completely unaware of.

I honestly owe a debt of gratitude to my old boss for having that conversation with me.

Way back in 2002 I set my 401k contribution level to 16% having no clue what that even really meant.Click To Tweet

Without it, who knows how long I would have waited before I sought out the knowledge of what a 401k was and how I was supposed to use it. It could have been at least 5 years, because that’s when we discovered Dave Ramsey.

(It likely wouldn’t have started then either because that’s when we discovered all our debt was a huge problem.)

Luckily I didn’t have to wait that long.

Next week in part 2 I’ll share the second money rule I learned not even a year later.

What are some of your first memories of making good money decisions? Did you understand them at the time? Looking back can you see now how important they were? I’d love to hear some of your early money moves (good or bad) in the comments.