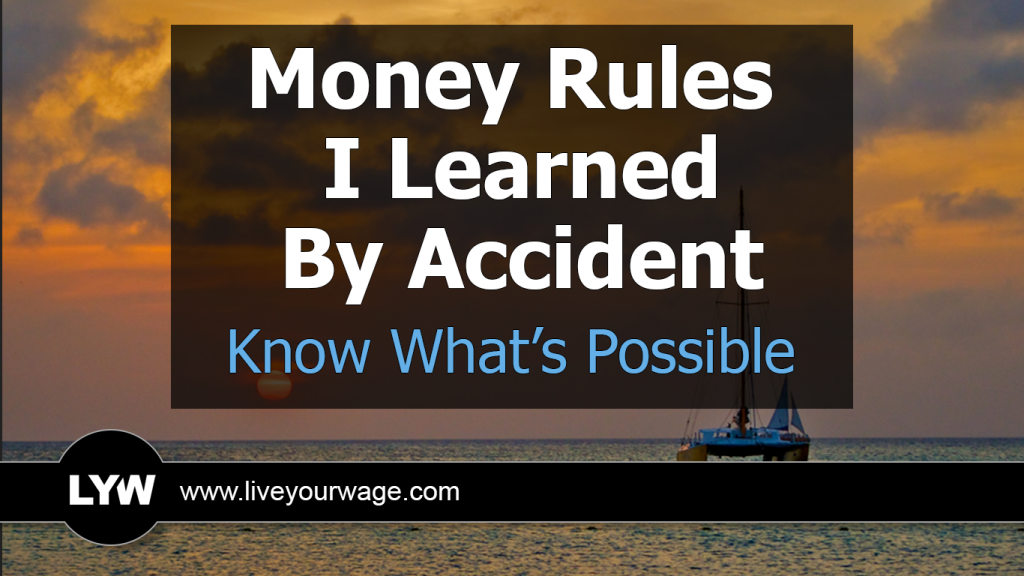 “Here’s what you do. You take that monthly payment and you save it up. Then when you have enough money, you go buy the car and pay cash. And all that money you would have spent in interest payments is yours to keep.”

My co-worker giggled a little as he was telling me this.

I shifted in my seat trying to act cool like paying cash for a brand new car was a normal thing.

But it definitely was NOT a normal thing.

Paying cash for a car? That’s what rockstars and pro athletes do. Normal people finance their tricked out rides.

The problem was my co-worker who was telling me this was one of the most normal guys I ever met. He had a normal job in a normal office cubicle. He wore normal clothes and lived a normal life. He had a wife and 3 kids.

He drove a Ford Expedition, people!

Most people just do what everyone around them does. It never actually occurs to them that paying cash for a car is even possible.Click To Tweet

And yet here he was sharing this odd bit of wisdom with this young 23-year-old kid who thought he knew how the world worked.

And in my world, nobody paid cash for a car.

But it wasn’t because paying cash for a car was impossible or reserved for the ultra wealthy.

Paying cash for a car? That's what rockstars and pro athletes do. Normal people finance their tricked out rides.Click To Tweet

It was simply because, as my co-worker explained, most people just do what everyone around them does. It never actually occurs to them that paying cash for a car is even possible.

But the difference is when you use cash to buy a car, that amount is ALL YOU EVER PAY.

My interest was piqued. But I was in no position to start paying cash for my cars.

My wife and I had just been introduced to Dave Ramsey and just started realizing our debt was a giant flaming emergency that could destroy our lives.

So we didn’t start paying cash for cars that day. But we had just learned money rule number 3.

Money Rule #3: Just knowing something is possible is the first step to knowing how to do it.

My brain flipped that day from thinking normal people could never pay cash for cars, to realizing that it was totally possible.

It was just a choice that very few people made.

And someday, I wanted to be one of those very few people. 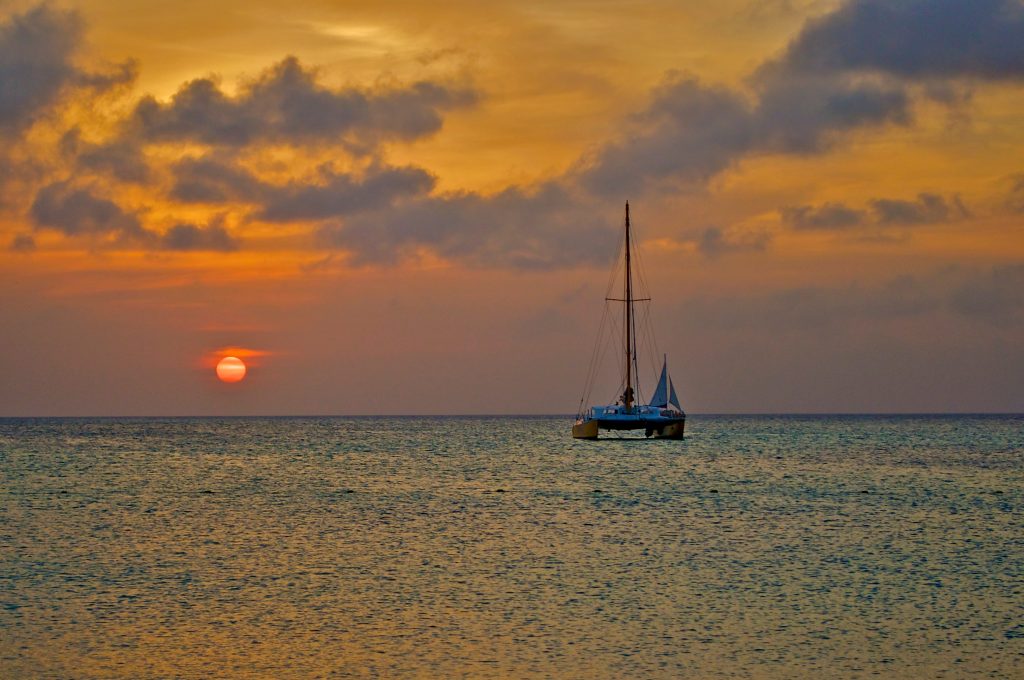 Sunset on the beach in Aruba – 10 years after this conversation.

So the whole time my co-worker was talking, I was thinking he dropped like $30,000 in cash on a new car.

Nope. My herd mindset was still working against me.

It’s hard to go against the crowd if you think just like the crowd. Living a life that pushes in the opposite direction from everyone around you all starts in the mind.

Eventually we became people who started paying cash for cars.

What about you? Is there something you used to think was impossible, but now you’ve discovered it can be done? It may have nothing do to with cars at all. We have mental blind spots in all sorts of areas. I’d love to hear your mind shift in the comments below.